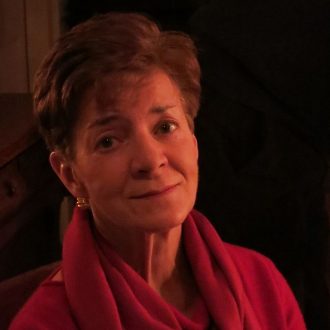 Sue Ellen Thompson is the author of The Leaving: New & Selected Poems and The Golden Hour, both published by Autumn House; she is also the editor of The Autumn House Anthology of Contemporary American Poetry, First Edition. Her work has been included in the Best American Poetry series and recently won a Pushcart Prize. She has been a Robert Frost Fellow at the Bread Loaf Writers’ Conference, Visiting Writer at Central Connecticut State University, and Poet-in-Residence at SUNY Binghamton and at The Frost Place in Franconia, New Hampshire. In 2010 she received the Maryland Author Award from the Maryland Library Association. Her poems have reached a national audience through Garrison Keillor’s radio show, The Writer’s Almanac and Ted Kooser’s newspaper column American Life in Poetry. Her fifth and most recent book of poetry is They (2014).