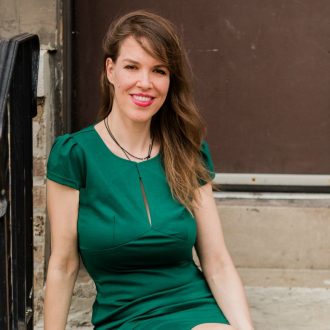 Melissa Wiley grew up on a small farm in Indiana. She earned her Master’s in Writing and Publishing from DePaul University in Chicago, where she works as a freelance writer and editor. Primarily a writer of creative nonfiction, she is also the author of the personal essay collection Antlers in Space and Other Common Phenomena (Split Lip Press, 2017), and her work has appeared in many literary magazines, including the American Literary Review, Terrain.org, The Rumpus, Entropy, DIAGRAM, Phoebe, Waxwing, The Offing, Vol. 1 Brooklyn, and PANK. She has been a member of the nonfiction programs of literary programs including Disquiet International in Lisbon, Portugal, and the Writer’s Hotel in NYC. Currently, she is at work on a collection of short stories about extinction.