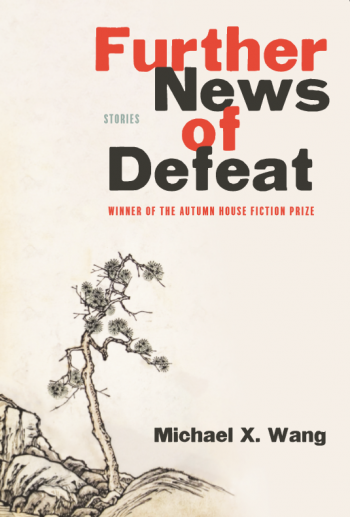 Of Michael’s work, the judges said:

Michael X. Wang’s stories travel from the countryside to the city and back, from China to America, through time and space thrillingly; they are hilarious and tragic, political and domestic, beautiful and brutal, not in turn but miraculously at the same time. On every page technically nervy and beautifully written and startling—in language, character, telling detail—Further News of Defeat is intensely interested in the questions and sorrows and strange jokes of being a human being in the world.

To read the official release as well as the full list of prizewinners, visit PEN America’s website. Congratulations, Michael!