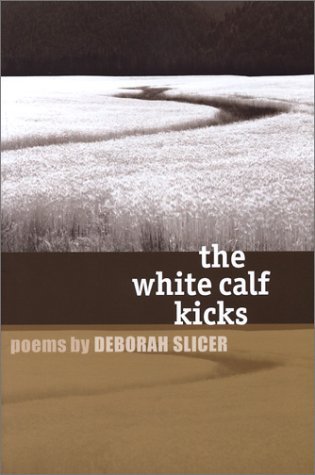 Genre: Out of Print, Poetry

Praise for The White Calf Kicks

Deborah Slicer’s poems are brilliant and breathtaking, original and haunting, riveted with meaning and music. Once I had read this truly stunning manuscript, the poems inhabited me; I kept rereading them. Such a discovery in the world of poetry is cause for joyous celebration.
—Naomi Shihab Nye

There’s a wild, unpredictable exuberance in these wonderful poems, one formed of equal parts grief and joy. Slicer says of a giant Percheron stallion: “He’s made from endurance/like a hummingbird.” You can’t argue with an intelligence that alert—you can only startle and bow, grateful that imagination and language still serve, still proclaim the sacramental anguish of this world.
—Gregory Orr

What I most admire about Deborah Slicer’s poems is their verve and energy, their surprising moves and juxtapositions…
—Robert Pack 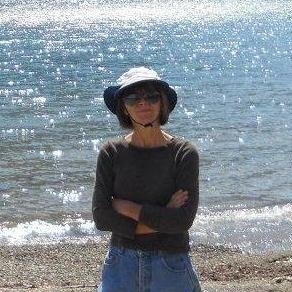 Poet and philosopher Deborah Slicer earned a PhD and an MFA at the University of Virginia, where she was a Henry Hoyns Fellow. Naomi Shihab Nye selected Slicer’s first poetry collection, The White Calf Kicks (2003), for the Autumn House Poetry Prize. Her work has been featured on Garrison Keillor’s public radio program The Writer’s Almanac and in the anthologies Red, White and […]