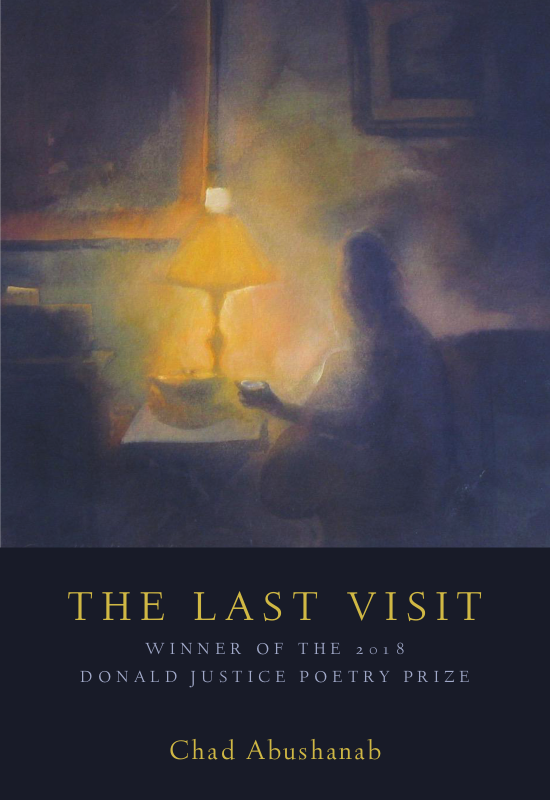 In Chad Abushanab’s debut poetry collection, The Last Visit, he carefully and compassionately explores a family broken by alcoholism and abuse. These poems trace the trajectory of an adolescent living with a violent father struggling with addiction, and recount both the abused child’s perspective and his attempts to reckon with his past as he reaches adulthood, chronicling his own struggles with substance abuse and the reverberations of trauma in his life. Amid the violence and hurt, Abushanab’s verse renders moments of compassion—even the least sympathetic figures are shown to be grappling with their flaws, and the narrator struggles to find compassion and move beyond the memories and habits that haunt him. These well-crafted poems explore how the past shapes us and how difficult it can be to leave behind.

Praise for The Last Visit

I really cannot say in these few words all that there is to love about Chad Abushanab’s The Last Visit. This book is moving and most memorable because of Abushanab’s series of light touches. But these touches never fail at amounting to a piercing lyric sting: ‘I want the DNA for empty bottles. / I need to know what made your cruelties grow / unwieldy,  like cancers let loose upon a body.’ And his talent is made all the more thrilling by his skill with and useful subversion of form; I could say much more about the speaker’s search for self and struggles with drink after surviving a childhood laden with domestic violence, about how form in these poems is not an opportunity to ﬂex but, instead, a consequence of Abushanab’s need to set things right. But it’s best if I just say that I really do believe in this book and ﬁnd it extraordinary as an early twenty-ﬁrst century debut.
—Jericho Brown

Chad Abushanab’s The Last Visit is one of the most captivating books of poetry I’ve read in years. It’s almost shocking that it’s his debut. This collection presents an elegy for a family’s pain and the remains still bruised in the present. The poems are vulnerable as they center on the tragic body. Still, the speaker never cowers from his story, bringing it to light with such authority and courage. Calling The Last Visit brave simply isn’t enough. This book has guts. —Erica Dawson

Chad Abushanab’s ﬁrst full-length collection shows his formidable skills as a writer of traditional verse and the power of form to transform even the most intractable material. The subject of The Last Visit is the bleak legacy of, as the poet tells us, ‘violence and the body.’ He takes us on an unﬂinching tour of abuse, alcoholism, murder, and suicide, the chapter headings of contemporary American society. There are few survivors in this world and no forgetting what we have experienced. Or as the poet says with chilling poise, ‘Though you’ve escaped, you cannot help but know.’ I am glad to know Chad Abushanab’s poetry and expect that this moving, troubling, and superbly written volume will not be his last.
—Mark Jarman 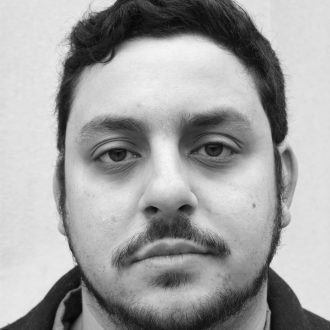 Chad Abushanab’s poems have appeared in The Believer, 32 Poems, Southern Poetry Review, Ecotone, The Hopkins Review, The Southeast Review, Best New Poets 2017, and several other journals and anthologies. He holds an MFA from Vanderbilt University and a PhD in Literature and Creative Writing from Texas Tech University. He currently resides in Iowa City.