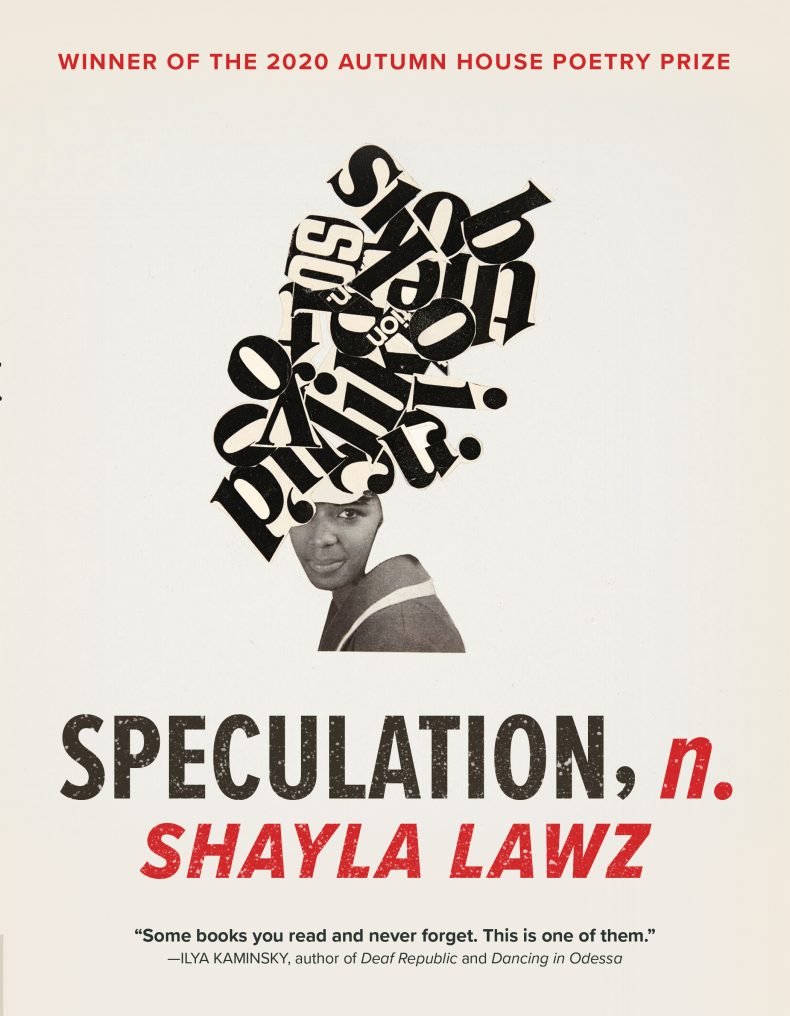 Shayla Lawz’s debut collection, speculation, n., brings together poetry, sound, and performance to challenge our spectatorship and the reproduction of the Black body. It revolves around a central question: what does it mean—in the digital age, amidst an inundation of media—to be a witness? Calling attention to the images we see in the news and beyond, these poems explore what it means to be alive and Black when the world regularly speculates on your death. The speaker, a queer Black woman, considers how often her body is coupled with images of death and violence, resulting in difficultly moving toward life. Lawz becomes the speculator by imagining what might exist beyond these harmful structures, seeking ways to reclaim the Black psyche through music, typography, and other pronunciations of the body, where expressions of sexuality and the freedom to actively reimagine is made possible. speculation, n. contends with the real—a refracted past and present—through grief, love, and loss, and it speculates on what could be real if we open ourselves to expanded possibilities.

Thanks to House Party ( a digital performance and publication series out of The Poetry Project) for featuring Shay.

‘sometimes i want to ask the earth, / was it beautiful here / without us’ writes Lawz in this virtuoso performance. Innovative, inimitable, endlessly urgent, speculation, n. is far more than just a collection of poems. It is a dazzling verbal and visual performance, a concerto, a book of our days that is as heart-wrenching as it is an accurate portrayal of what it means to live and sing in America today. ‘i’ve been seeing my body around // in the stairwell, in the house / and even at times in the mirror. in the news’ urging us to lift the veil and open our eyes. Some books you read and never forget. This is one of them.
—Ilya Kaminsky, author of Deaf Republic

‘Is this a kind of fortune or curse?’ the speaker asks, ‘To share a disappearance. Some call this magic.’ And this speaker is the poem’s speaker, the TV’s speaker, the radio’s. The speaker is her late aunt, the speaker is the breathless news, the speaker promises she won’t be dying but living; the speaker ponders over the difference. Ponders over the distance between bodies and a body, the family errand and family emergency, 12’s backseat and Sandra Bland’s feet suspended over the cell floor. Here is the hard investigation of being here, then being gone, misplaced, somehow lost, or someone’s ghost. Shayla Lawz speaks: ‘it’s too late to die, i said / it is far too early,’ and her extraordinary book, speculation, n., transmits live from the brilliant Black space between-time. I call this magic.
—Douglas Kearney, author of Buck Studies

A self immortalized in phantoms is at once gone and everywhere. This work chases that kind of selfless, misplaced, displaced, replaced, implacable self back into the world. ‘I am trying to forgive / I am learning about flight,’ that self admits, and the poems here teach us how to do both at once and survive it. They are as much encounters and visitations as they are recountments of an endless, endlessly threatened reunion between sound, song, memory, and the family that weaves itself through.
—Harmony Holiday, author of Maafa 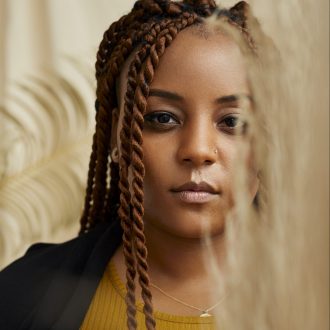 Shayla Lawz is a writer and interdisciplinary artist from Jersey City, NJ. Her writing appears or is forthcoming in Aster(ix), McSweeney’s Quarterly, and The Poetry Project, among others. She lives in Brooklyn, where she teaches in the Humanities and Media Studies Department at Pratt Institute. speculation, n. is her first book.