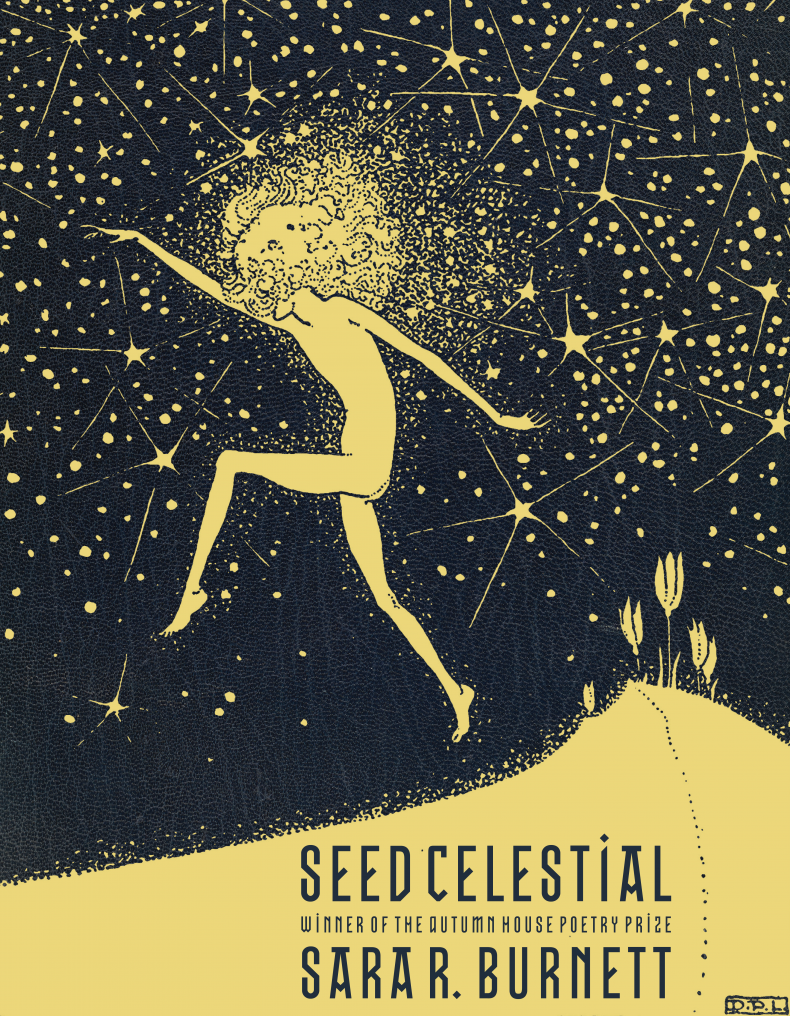 This collection weaves together themes of motherhood, immigration, social transformation, and interrogation. Throughout Seed Celestial, Sara R. Burnett writes haunting reflections on origins—of myth and memory, language and country, earth and mothers—as she looks to an uncertain future.

Bringing together contemporary issues of climate change, gun violence, and feminism while working from her own experience of raising a young daughter, she writes, “You were inside my body / while I was outside; / outside was everything else.” Burnett vividly renders her own origin story as an immigrant’s daughter using the myths of Demeter and Persephone. This book is a love letter to the earth the way only a mother can write it: appreciating all its faults while seeing its beauty. Burnett offers a poetry collection that is tender, and honest, akin to having an intimate conversation with a friend who tells us what we know to be true about ourselves, our twin capacities for love and violence, and what we don’t. She intertwines our violent, complicated world with the uncanny human capacity for hope and describes the awe of a world recreating itself again and again while wondering about all we lose and leave behind, especially for the next generation.

Sara R. Burnett’s Seed Celestial is a quietly upending work. A book that’s often about maternity also includes the creation of the mother by the child. She’s comfortable with profundity, even conversational with it. “I remembered / I had all eternity, / an empty glass to fill.” So the work is plain and beautiful and then surprising. She upends sentence structure to express family: “Abuelo, there are moments when you’re in my head, / in evenings sometimes, my whole head, yours.” Her rhymes work like spice in cooking, understated here but always bringing it out, it being the varied, rough texture of life. By the time she drops the term endling (“when a species is the last of its kind”), I think that she might be an endling herself in that she’s taking this time with existence, inhabiting it as she does in her poems, as this is all there is. For Sara R. Burnett, poems are like a staff upon which lives are stretched and dangled—lovingly and smart. It simply happens here. But to get that we must listen.
—Eileen Myles, author of Evolution

Demeter, earth goddess and mother of Persephone, is the abiding presence of Seed Celestial, Sara R. Burnett’s quietly fierce, urgent, but also passionately affirmative exploration of the perilous joys of being both mother and daughter in the twenty-first century. Burnett’s clear-eyed and lyrical invocation of mothering as well as her poignant relationship with her Abuela, a Cuban exile, are deeply felt and lived.
—Michael Collier, author of The Missing Mountain

Sara R. Burnett’s debut full-length asks all the right questions: “Who will she be when she’s grown? / Do I have time to shower?” What’s it like to be Demeter after the compromised end of Persephone’s story? How can we keep on taking care of one another as the sky falls, the water rises, extinctions close in on our world with its various blues? “Mostly it’s that I can’t fly,” the poet muses, but there’s still so much that she can do: drawing on Anglo and on Cuban heritage, on mid-Atlantic and tropical flora and fauna, the poet finds a Lucretian feminism alert to change, disarmingly various, supple in its rhythms, able to listen and to respond. “And the key? Didn’t I have it once?” Fans of Kasischke, of Meitner, and of tenderness take note: this poet is playing your song.
—Stephanie Burt, author of Advice from the Lights 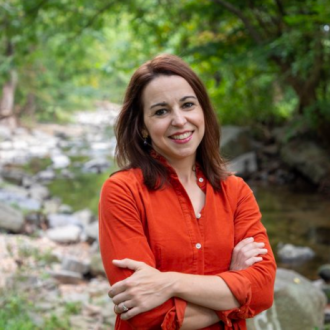 Sara R. Burnett is also the author of Mother Tongue, a poetry chapbook (Dancing Girl Press, 2018), and has published poems and essays in Barrow Street, Copper Nickel, Matter, PANK, and elsewhere. A ﬁ finalist for the 2019 Enoch Pratt Free Library Poetry Award and recipient of scholarships from the Bread Loaf Writers’ Conference, she […]