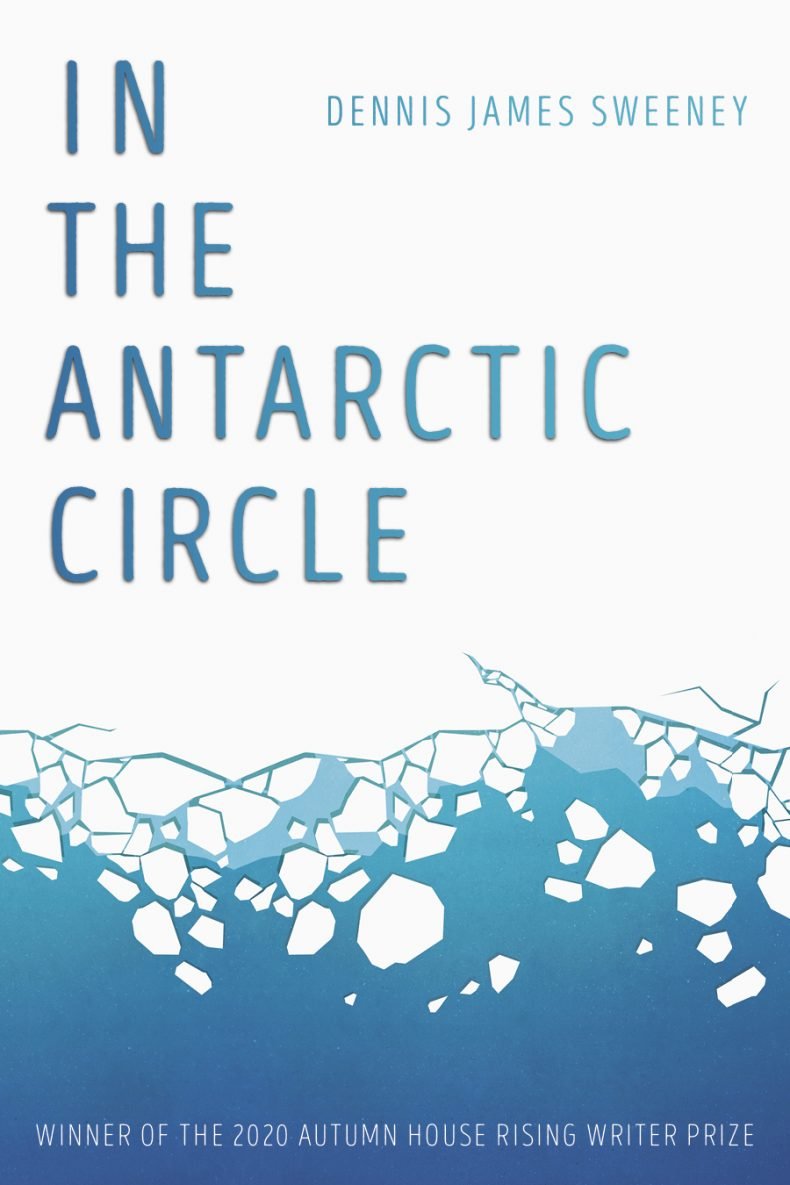 In hybrid narrative prose poems, In the Antarctic Circle follows two characters as they weave a life among the frigid, white landscape of the southern continent. This is not the Antarctic of polar expeditions or scientific discovery. This is the Antarctica of domestic disharmony, of love amid loneliness, where two people encounter themselves at the end of the world.

Harpoons, escape plans, seal meat, and endless ice populate this world of distant Antarctic coordinates. Where pages are intentionally left blank, something new emerges: the fullness of emptiness, the frightening textures of snow on a continent that is filled to the brim with it.

Thanks to Poetry Daily for featuring Dennis.

Praise for In the Antarctic Circle

Hints of Samuel Beckett and William Gass (snow, wind, eternity, terror) haunt this book. “You will learn,” the narrator warns: “In a whiteout you cannot see shadows, but that does not mean the edges are not there.” Sweeney startles with the precision of his figurative description: “Harpoons loll in our arms like children too old to be held. Along the horizon animals run, disappearing over the brink of snow.”
—Nick Ripatrazone, The Millions

As we move through the collection, many will begin to get a sense of an overall plot and may start to feel that the poems are part of some discovered logbook, a diary found in an abandoned shelter on the ice. This feeling comes from Sweeney’s keen ability with description as well as his talent at bringing out the human experience while still experimenting with greater themes.
—Marin Killen, Heavy Feather Review

Of literary “whiteness” Toni Morrison asked, “What is it for?  What parts do the invention and development of whiteness play in the construction of what is loosely described as ‘American’?” In this extraordinary debut collection, Dennis James Sweeney revisits the question via the snowy, violent terrain of love, loss, and supreme isolation. What is the Antarctic Circle and why would anyone willingly live there? It was once promoted, perhaps, as a pristine place, a place to start over, to begin anew.  But one cannot leap to newness without acknowledging “[t]he ancient lies [that] rise and gather blackly at the ceiling,” without those pesky blank pages that “intentionally [hint] at loss,” or without a nod to the “Black toboggans of the future” Sweeney observes.
—Yona Harvey, author of You Don’t Have to Go to Mars for Love

This elliptical, haunted document is as beautiful and dangerous as the cold continent of which it sings, whispering of loss, of loneliness, of identity, of extinction. A perfect Beckettian marriage between the spoken and the unspoken, the said and the unsayable, this sublime collection speaks as much from its white spaces as from its exquisitely ordered text. In the Antarctic Circle is an unforgettable experience from a master stylist.
—Maryse Meijer, author of The Seventh Mansion: A Novel

What is love in a habitat in crisis? How does desire survive when the land offers no mercy? These are the questions of Sweeney’s In the Antarctic Circle, with its precise and surrealist depictions of ice, snow, and wind coupled with aching gestures toward the lover’s warm body, somehow always out of reach. “I am alone in the whiteness. I stretch into it and huddle.” We don’t have to visit Antarctica to understand the thrust of these questions; all our landscapes now threaten to reject us. And nonetheless, “the living are marking what they can.” This exquisite writing is a testament to the effort to survive and to love within a self-generated hostility, a climate of whiteness in which we can only, “hold our wounds dear, open them repeatedly.”
—Julie Carr, author of Real Life: An Installation 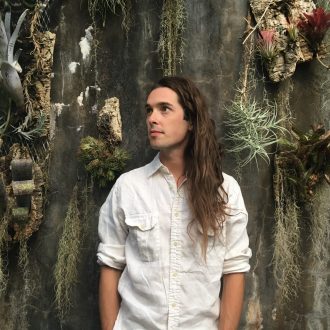 Dennis James Sweeney’s poems have appeared in Bellevue Literary Review, Passages North, Quarterly West, and The New York Times, among others. A Small Press Editor of Entropy and former Fulbright Fellow in Malta, he has an MFA from Oregon State University and a PhD from the University of Denver. Originally from Cincinnati, he lives in Amherst, Massachusetts.