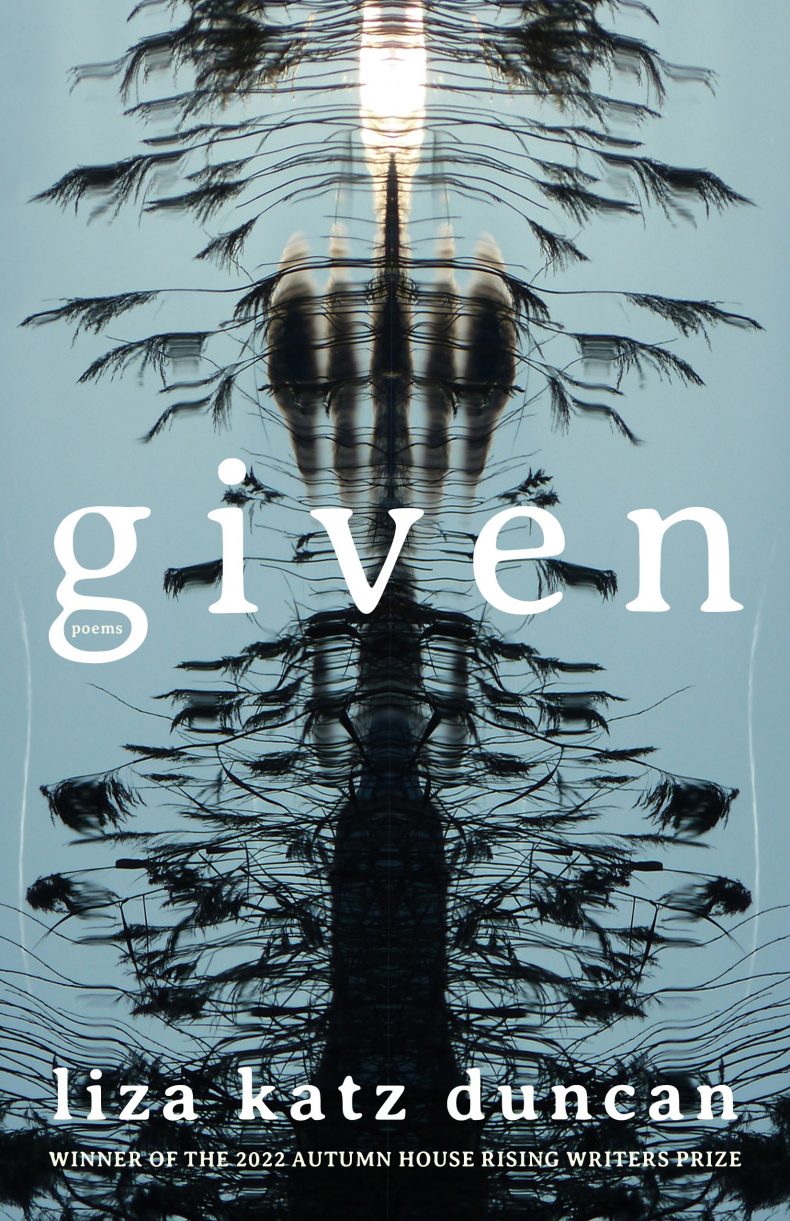 Liza Katz Duncan’s debut collection is a poignant exploration of the unpredictable shifts that shape our lives. Given considers the notions of home and family and how to survive the changes and losses associated with both. Duncan conjures her home, the New Jersey Shore, in clear and unsentimental lines: “Call of the grackle, / whine of the turkey vulture. Blighted clams, // raw and red in their half-shells.” Duncan’s poems also explore the devastation brought to this place and its community by Superstorm Sandy and the continued impacts of climate change.

Interwoven into this thread is the narrator’s miscarriage; the parallels between the desecrated landscape and the personal catastrophe further contribute to the layers of tenderness in this collection, as Duncan urges us to remember and to witness. Despite tragedy and loss, Given is imbued with persistent, dogged hope, showing how survival persists among the wreckage, and from this debris is a path toward healing our grief.

Liza Katz Duncan’s Given testifies to the luminous terror of creation: “the sky makes and remakes.” Then: “I had to write myself back into this place, if only to watch it fall apart.” There is so much here being made and unmade: personal griefs decimated by ecology, ecologies decimated by personal loss. I don’t know that I’ve ever seen a poet do what Liza Katz Duncan does here, testifying to loss and endurance this way, in such a radiant braid.
—Kaveh Akbar, author of Pilgrim Bell

Given is the record of a haunting, a clear-eyed love song to the notion of home, a frame stilled on the highwater mark after the flood. Through finely wrought lyric poems that swell and break with movement, Liza Katz Duncan articulates the speaker’s longing for family and place “despite the dying world.” Indeed, the world of Given grapples with a precarious future: hurricanes Sandy and Irene loom large in the town’s memory, and the present, where the “seasons unseason,” are marked by mass die-offs and the threat of subsummation. And just as the world reckons with the catastrophes of the Anthropocene, so too does the speaker attend to staggering personal loss. Yet the collection trembles with a skeptical but persistent hope. Duncan shows us the town she chooses, though “neighbors head inland, leaving the keys in the door.” Here the bay, the uncles; there the Wawa, the “streets with names that were self-explanatory: Harbor Way. Shore Concourse.” The speaker asks, “What if my body is not an apocalypse?” Asks, “What if my body is not a misunderstanding with the changing earth?” Given argues, granularly, tenderly, that home and place are worth remembering, worth returning to, that roots, however ephemeral, can ground us in the swirling tides of grief.
—Donika Kelly, author of The Renunciations

Given by Liza Katz Duncan is one of the strongest debuts I’ve read in a long time. In an age where market and media forces encourage us to silo our griefs, Given makes the necessary argument that our losses intersect and inform one another: from the loss of a child to the loss of a home, a town, a shoreline, a way of living. The poems are emotionally moving and impressive in formal range, from short lyrics to longer sectioned sequences, incantatory litanies to poems in received forms. In Given, Duncan brings home the lived ramifications of dailiness in an age of ecological peril. The book is a necessary addition to our developing libraries of eco-poetry and docu-poetry and poetry period—Given is a must-read.
—Dana Levin, author of Now Do You Know Where You Are 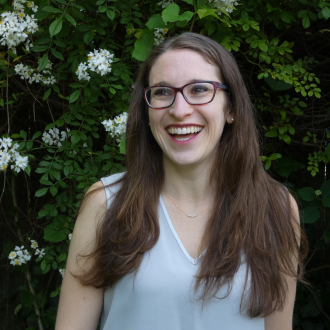 Liza Katz Duncan is the author of Given (Autumn House Press, 2023), which won the Autumn House Press Rising Writer Award. Her poems have appeared in AGNI, About Place, Poem-a-Day, Poetry Northwest, National Poetry Review, and elsewhere. She has received support for her work from Poets & Writers, the Bread Loaf Environmental Writers Conference, and […]