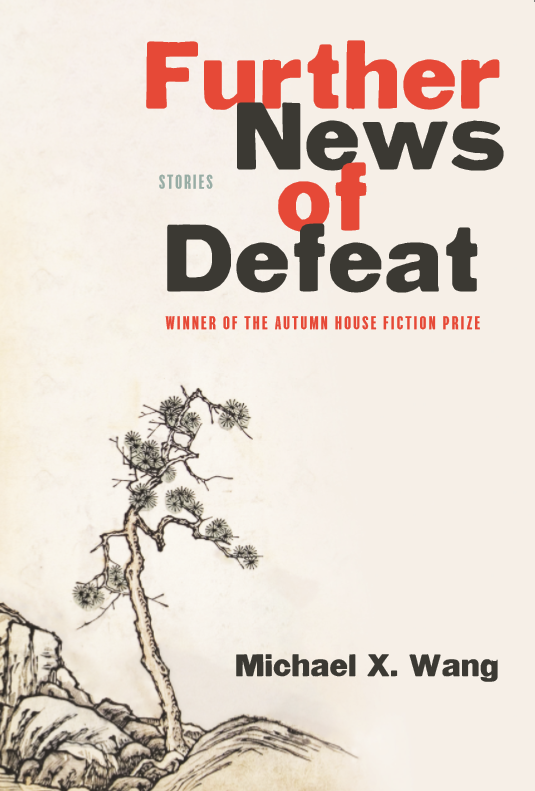 Steeped in a long history of violence and suffering, Michael X. Wang’s debut collection of short stories interrogates personal and political events set against the backdrop of China that are both real and perceived, imagined and speculative. Wang plunges us into the fictional Chinese village of Xinchun and beyond to explore themes of tradition, family, modernity, and immigration in a country grappling with its modern identity. Further News of Defeat is rich with characters who have known struggle and defeat and who find themselves locked in pivotal moments of Chinese history—such as World War II and the Tiananmen Square massacre—as they face losses of the highest order and still find cause for revival.

Praise for Further News of Defeat

Wang’s stories about a shifting modern China are never comfortable. They scratch like burlap, or like what I imagine empty sorghum sacks—which one character uses as luggage—feel like. They are unsettling, often brutal, sometimes tender, always plainspoken. Violence, including sexual violence, runs through them as an undercurrent. Yet as a storyteller, Wang’s sensitivity is evident. Wang, who was born in the small coal-mining village of Fenyang in Shanxi Province and immigrated to the U.S. as a child, attends to the book’s inquiries with heart.
—The Carolina Quarterly

Wang blends fictional towns and figures with real events, like the Tiananmen Square massacre, to construct a range of stories downright epic in scope. It is incredibly reductive to say that a country the size of China—or any country, for that matter—can be captured by a single book. But the characters in Wang’s Further News of Defeat provide an engaging, wide-ranging look at a country where the only thing more common than family and tradition is change.
—Pittsburgh Quarterly

In Further News of Defeat, Michael X. Wang reveals a remarkable ability to move fluidly through time periods and points of view, all with such a clear and vibrant voice—the stories then sing on a sentence level while also illuminating the world at large. There’s big ambition here, but shown through these small moments and stylistic flourishes, and the combination is both graceful and exciting, a tumbling between micro and macro, between individual and society, scene and era.
—Aimee Bender, author of An Invisible Sign of My Own

These stories…reveal a specific perspective on love, loss, tragedy, and triumph. The characters seem to face drastic choices, and because he’s a good storyteller, Wang doesn’t lead them down the right paths, knowing there’s a much better tale down the wrong turn.
—Story366

Michael X. Wang’s Further News of Defeat is a collection of deeply researched and engrossing, wonderfully evocative and moving short stories about the people of a particular village in China and the migration of their descendants to urban centers and new lands. What’s extraordinary about this book is how it also reads like a distilled epic bringing to life the great clash of tradition and progress in a half-century of dizzyingly rapid change in the world’s most populous country. A beautiful, assured, and unforgettable debut.
—Porter Shreve, author of The End of the Book 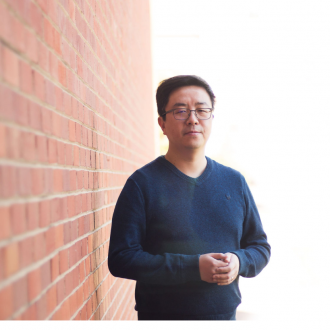 Michael X. Wang was born in Fenyang, a small coal-mining city in China’s mountainous Shanxi Province. He immigrated to the United States when he was six and has lived in ten states and fifteen cities. In 2010, he completed his PhD in Literature at Florida State University. Before that, he received his MFA in Fiction […]